Madeira is famous for its ‘levadas’, over 2,000km of hand-built irrigation channels with narrow paths alongside that snake along the contours of the hills, bringing water from the rainy Northern hilltops to the fertile Southern slopes. Our first attempt to walk them was rained off, so we spent a happy couple of hours in an inn, drinking coffee, eating pastries, and drying out by a lovely fire instead. During our stay several coach loads of other tourists arrived and left, and a cockerel pottered about, pecking crumbs off the floor while the rain hammered down outside. A couple of days later we managed a proper levada walk, and I did a couple of quick pencil sketches as we went, keeping half an eye on the unguarded sheer drops that kill several walkers each year… 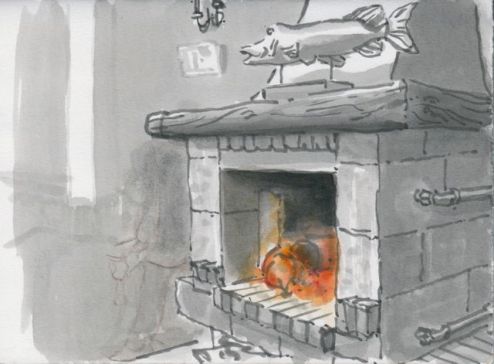 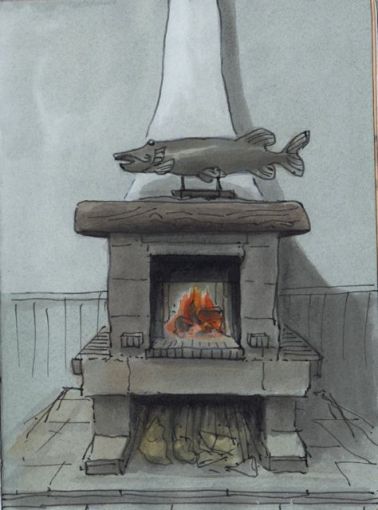 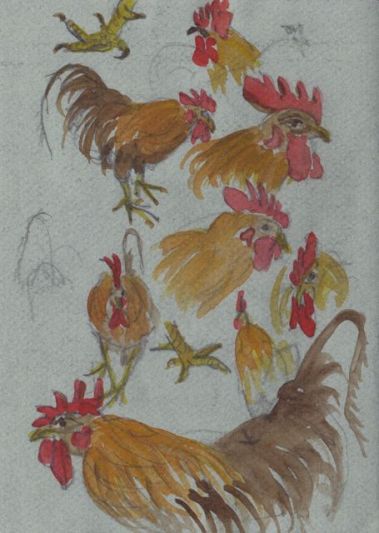 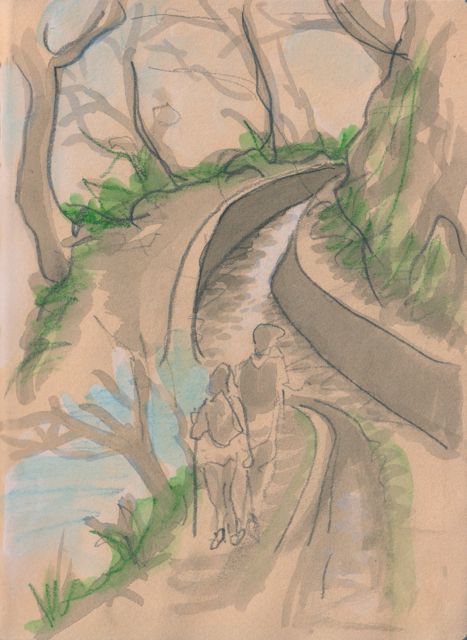 All sorts, including pencil, fountain-pen and ink-brush, all A5 – various times