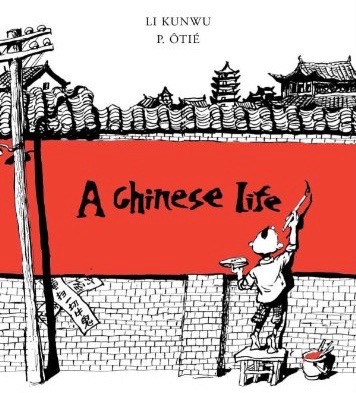 I was already interested in Chinese history/culture/life so was naturally drawn (ho ho) to the book. But particularly liked the cinematic style of the drawings with bird’s eye views of a city changing over time, the depth of field within scenes, and the attention to the details of everyday life, both domestic and in the street.

The line work is very expressive, with some distorted faces, tilted angles and loose perspective, and given the subject (the harshness of life in China during the last century) there are some grim scenes. The style is a fairly fluid mix of realism and ‘cartoon’, and I’m fascinated by the way he simplifies figures without losing their individuality.

Some readers disagree with his conclusion that “China needs order and stability. The rest is secondary” which seems to explain/excuse the sufferings of the Chinese people. Overall it’s a very rewarding read, but I’ll mostly value it as a rich treasury of simple and expressive approaches to drawing people and urban scenes.

Recently I’ve been inspired by Hans Eijkelboom’s People of the Twentieth Century:

It’s an amazing photo-book, with full page spreads of ‘types’ of people found by Eijkelboom in particular places and times; men in trench coats in New York in 2002, mothers holding toddlers in Moscow in 2011 etc… Copying the photos is a great way to practise urban figure sketching, and the varieties of figure within one type help you to focus on the telling details that make a convincing drawing of an individual; the angle of the arm, the tilt of the head, the folds of a coat. It’s a rare chance to study real people going about their lives, instead of models holding poses, and the photos were taken in Africa, Asia, America and Europe making it wonderfully cross-cultural. Next I’ll get his ‘Paris-New York-Shanghai’ which compares broader aspects of three cities; streets, parks, luggage, shops… an urban-sketchers encyclopaedia.

“Over the course of the last two decades, the Dutch photographer worked methodically on his project: First he would select a busy pedestrian area – his favourite spots were often near shopping centres – where he would stay for 30 minutes up to a few hours. He then spent time observing passers-by before recognizing a common type, normally based on a garment, sometimes a behaviour: people in band T-shirts, fur caps or beige trench coats; young couples walking arm-in-arm; women in suit dresses; men with gelled hair or pushing shopping trolleys…”

In January 2015 I was mostly inspired by Hokusai’s manga:

Recently I’ve mostly been inspired by this HUGE book of Hokusai’s drawings; they’re the first real ‘manga’, or ‘light sketches’. It’s a 700 page carefree catalogue of his world, full of wonderful observations of people, animals, weather, landscapes, buildings, and more people…. The pictures are somewhere between cartoon and life-drawing; funny, real, accurate, odd, and incredibly animated.

I’ve copied some of the faces, using a ‘detailer’ ink/water-brush instead of my usual fountain pen, learning lots about expressive lines and simplification in the process.

Hokusai would have drawn/painted them with brush and ink, and these drawings were then engraved onto woodblocks to be printed. The heads in the original prints are tiny, so I’m appreciating the exceptional craft and expertise that went into this art. Each face is a recognisable character, expressed in a few lively brush-strokes. I’ll now be using a brush more often when sketching people; here are some initial attempts…

Russ Stutler’s a big fan of the manga sketches and has some interesting information about them here (bottom of the page). You can see Hokusai’s influence in Russ’s brush-pen sketches of people.

If you want a smaller taste of these riches you could go for this book, or if you need more then there’s a 3 volume ‘complete’ set of his manga, or this Japanese one volume edition (one day, one day…).

Francois Place has written and illustrated a charming book about Hokusai. And here’s a virtual view inside one of the 15 original manga sketchbooks. 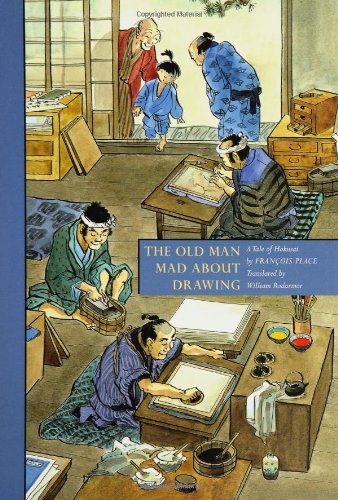